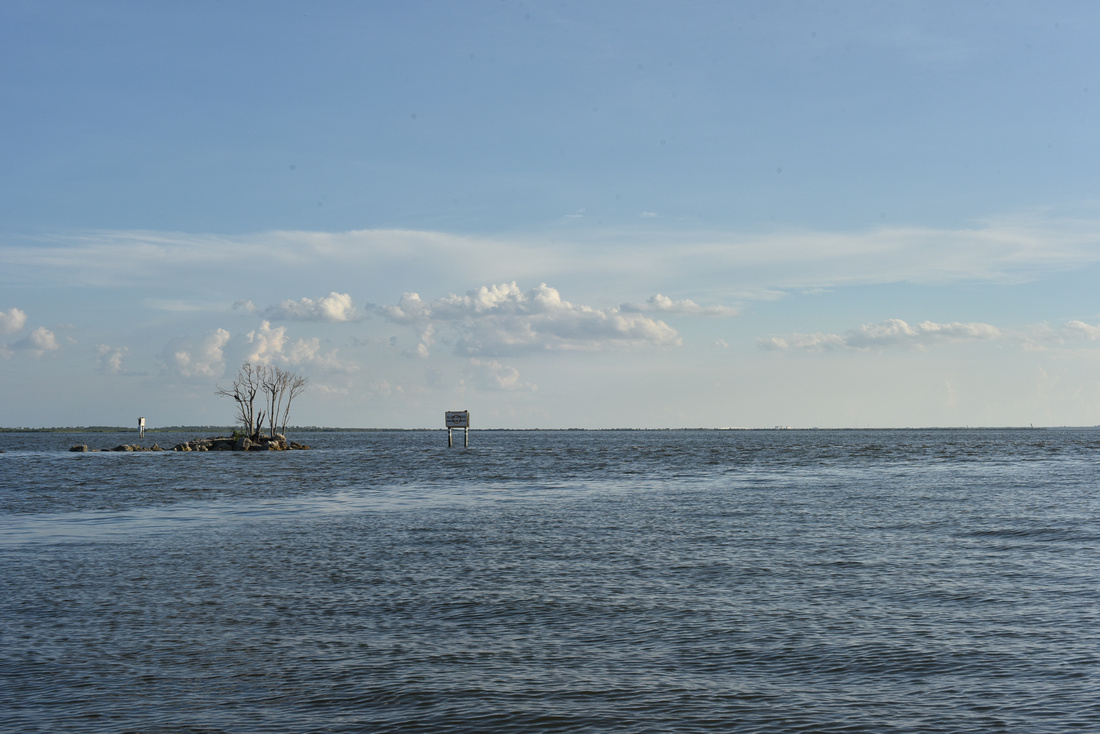 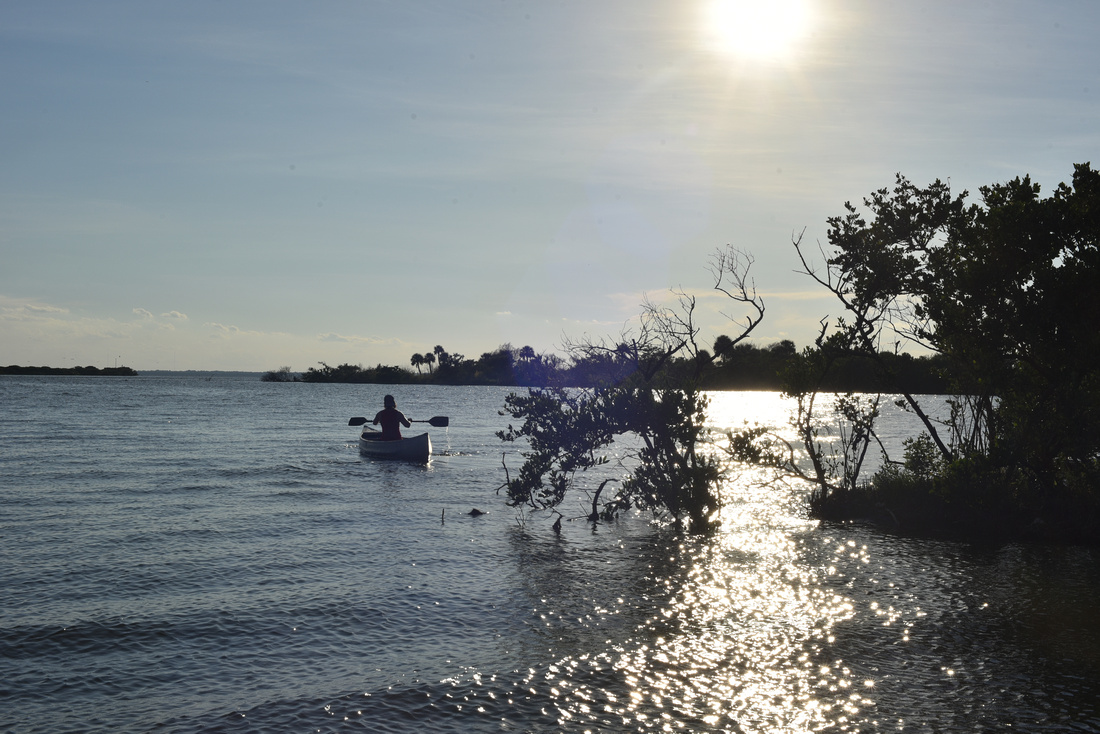 We arrived in Port Canaveral, Florida in time to eat a glorious seafood meal, down an adult beverage or 2 and meet up with Jennifer just before checking into our beach cabin at Jetty Park. We had just enough time to get our stuff unloaded, changed into our kayaking gear and hit the road for our first official girls weekend adventure with the 3 of us.

We booked a tour with BK Adventure to kayak with Manatees first, a sunset paddle second, followed up with a bioluminescent kayak tour. It was incredible. It was also so hard! A triple kayak tour in one night, in the ocean...what was I thinking! Besides the fact of having jelly arms after, it was worth all the effort! Guys I tried to get pictures of the bioluminescence but it was impossible to capture on film, in a moving boat, and especially since out of the entire group I was the only one with a single kayak besides the guides. You will just have to trust me that it was the most fantastic kayak experience of my life! The minute we set into the water after the sun went down the paddles created trails of bioluminescence. I saw a dolphin jump out of the water and it lit up like Christmas! There were fish darting all around us and they looked like shooting stars under the water. Bonus, I actually saw a shooting star during this! If that couldn't be any cooler we happened upon a school of flying bioluminescent fish raining down all around our boats. One even hit me. I was quite the target apparently. On our way back to the put in, the tide started coming in, along with wind. I was paddling the hardest I have ever paddled. One of my strokes landed hard on top of an unseen sleeping Manatee which jolted up out of the water, taking me and my boat up in the air along with a tidal wave of bioluminescence! It scared the heck out of me and created quite a sight, along with roaring laughter to everyone else around me. You will just have to take my word for it. Brevard County is one to the top 10 best places to see bioluminescence in the world! 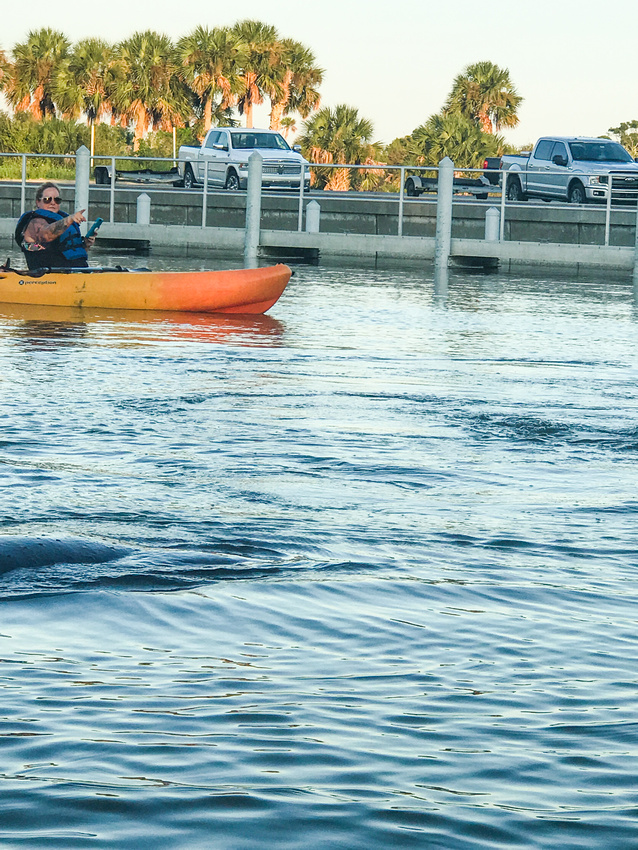 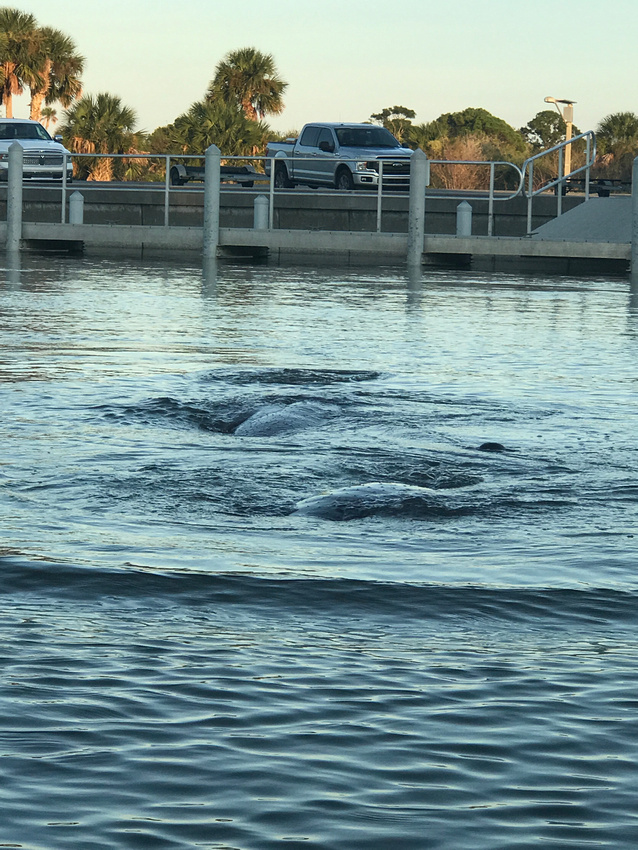 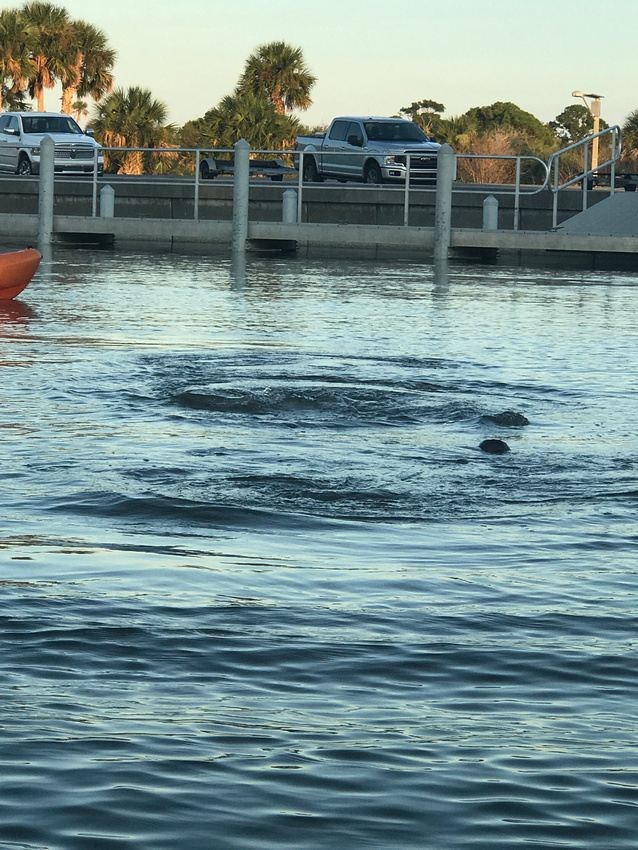 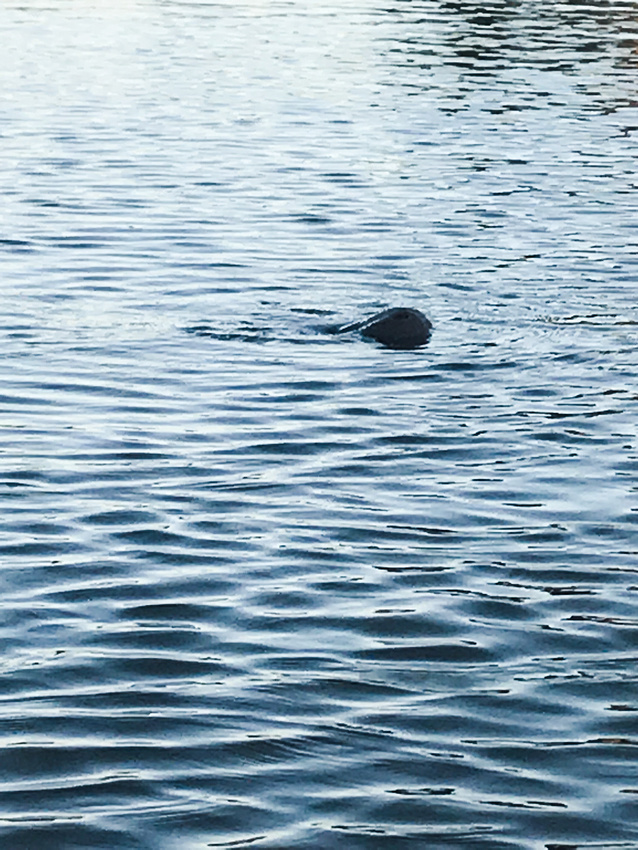 We pulled into a cove and the Manatees were all around us! My friends were able to both touch one, even though you aren't supposed to approach them, if they approach you, that is just nature! 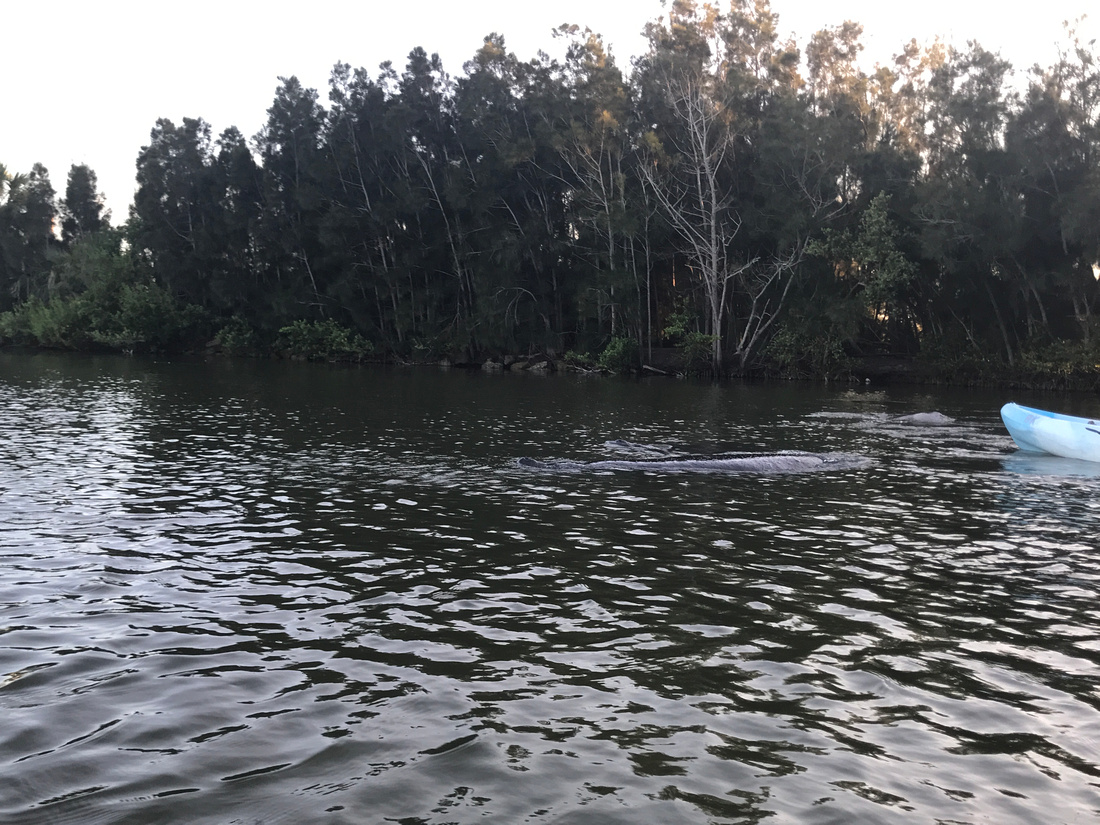 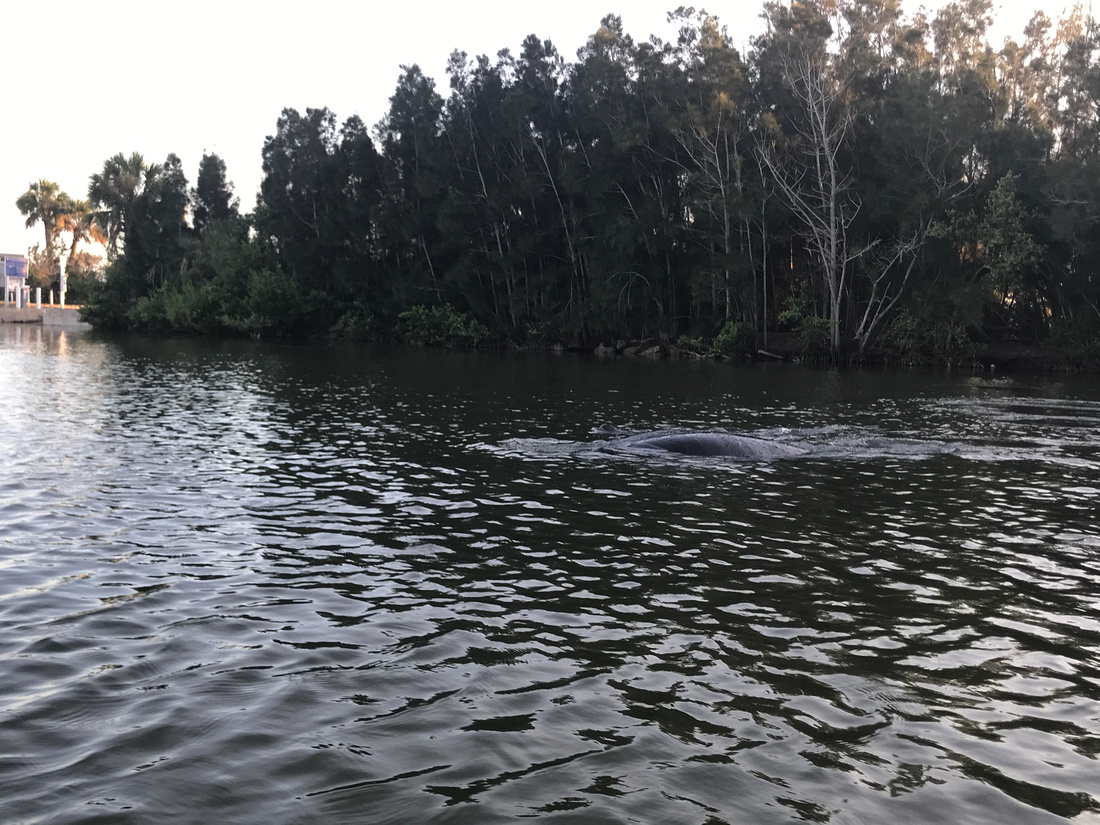 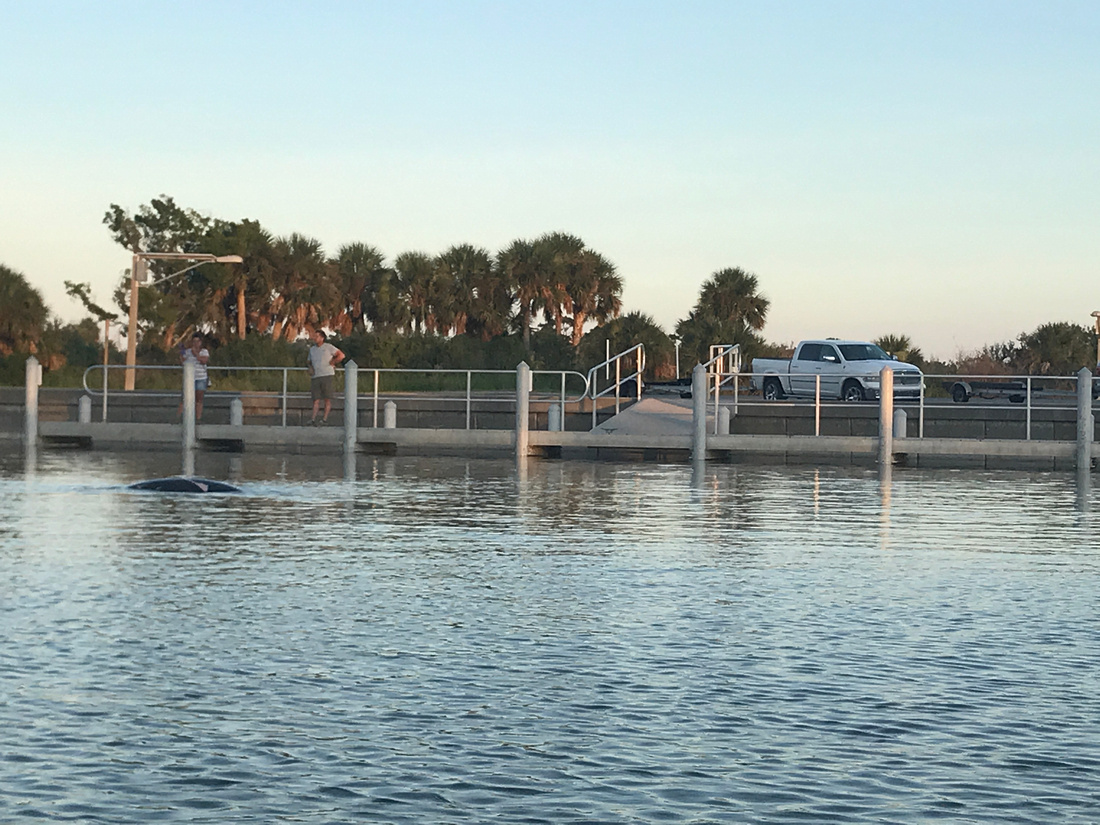 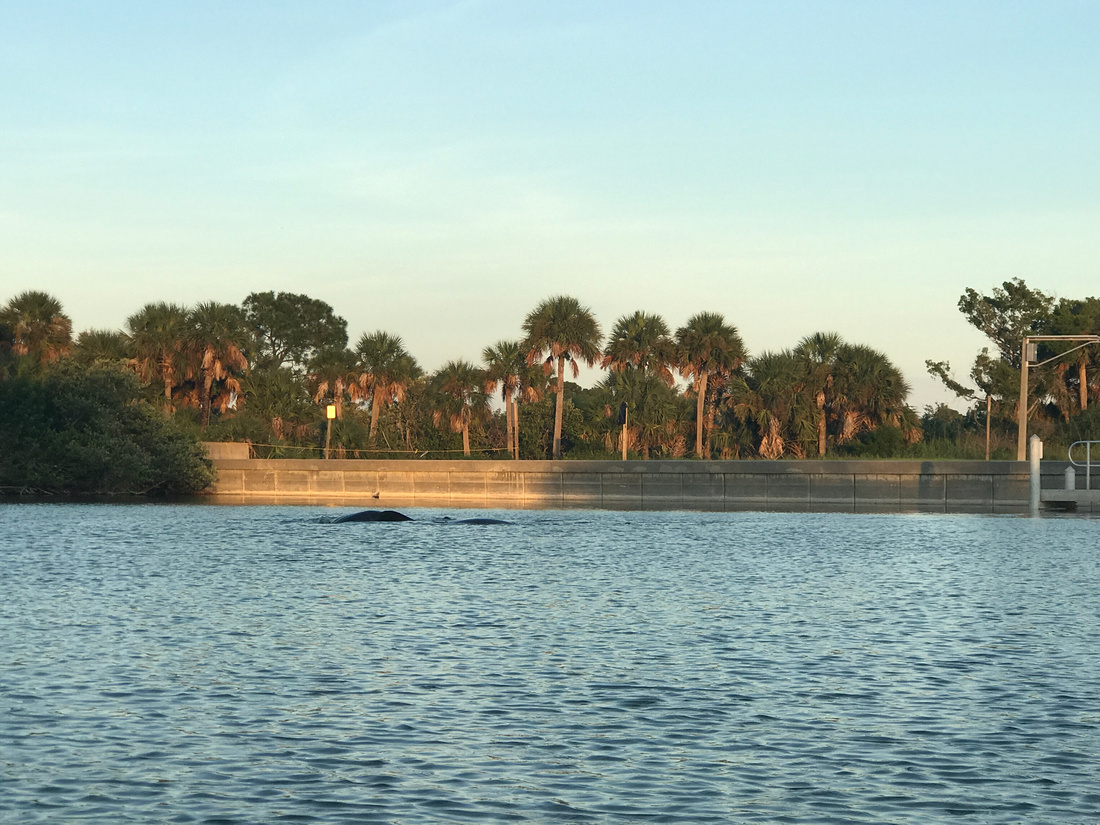 The Manatees were AH-MAZE-ING ! 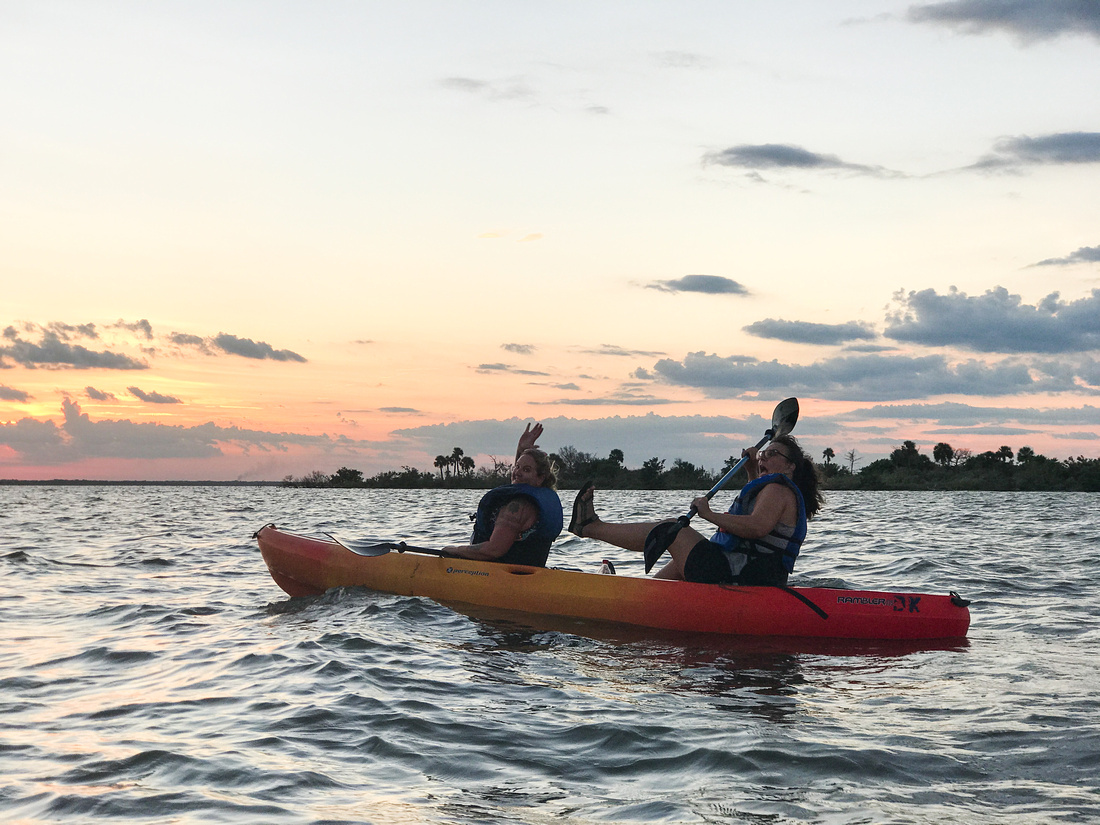 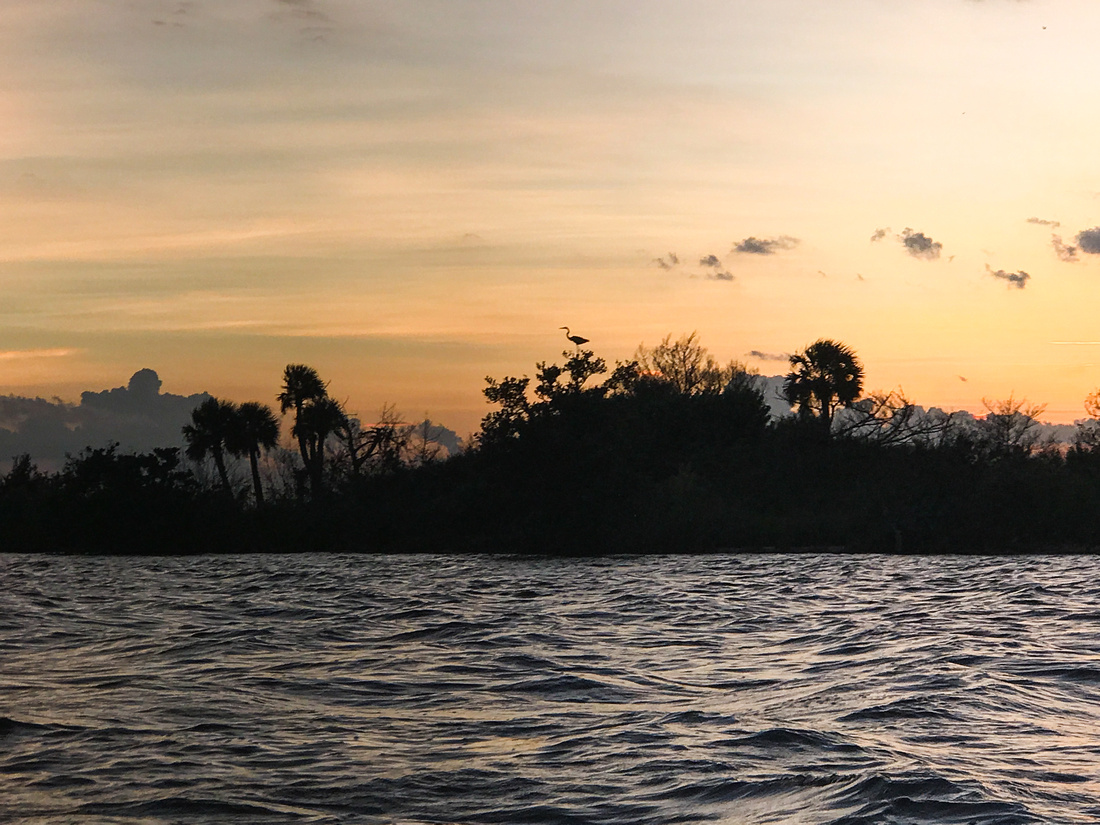 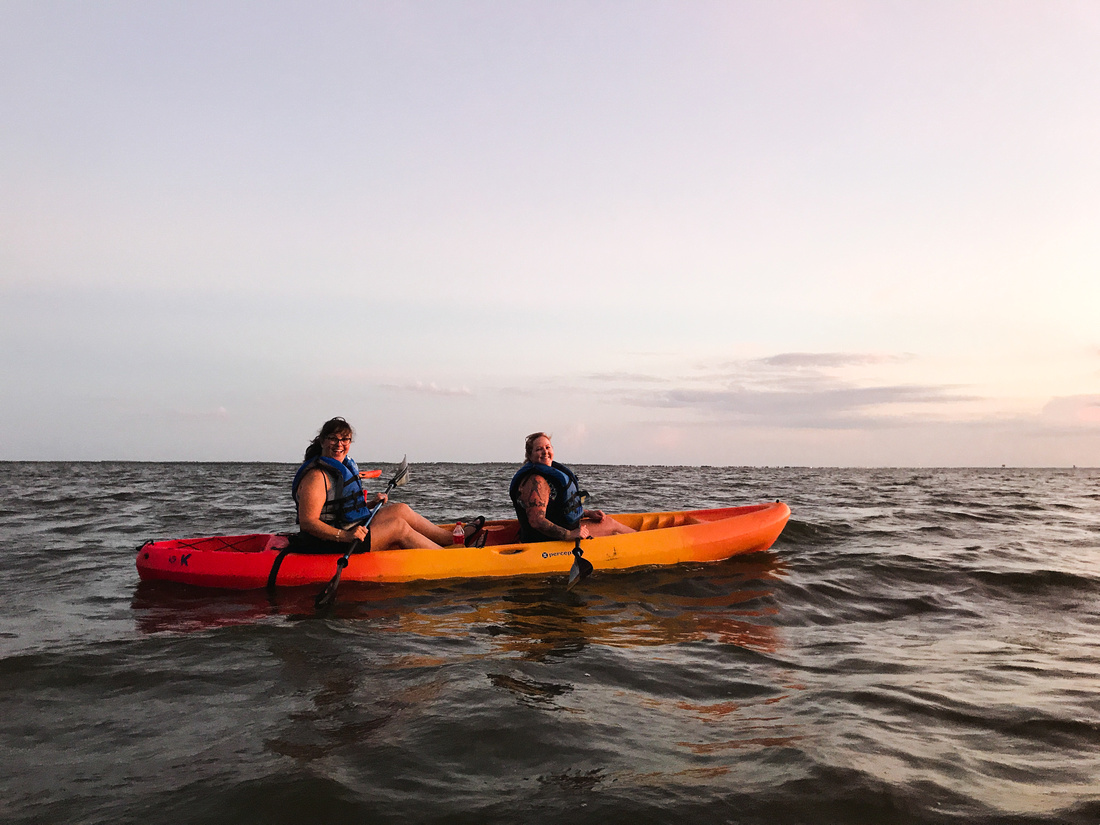 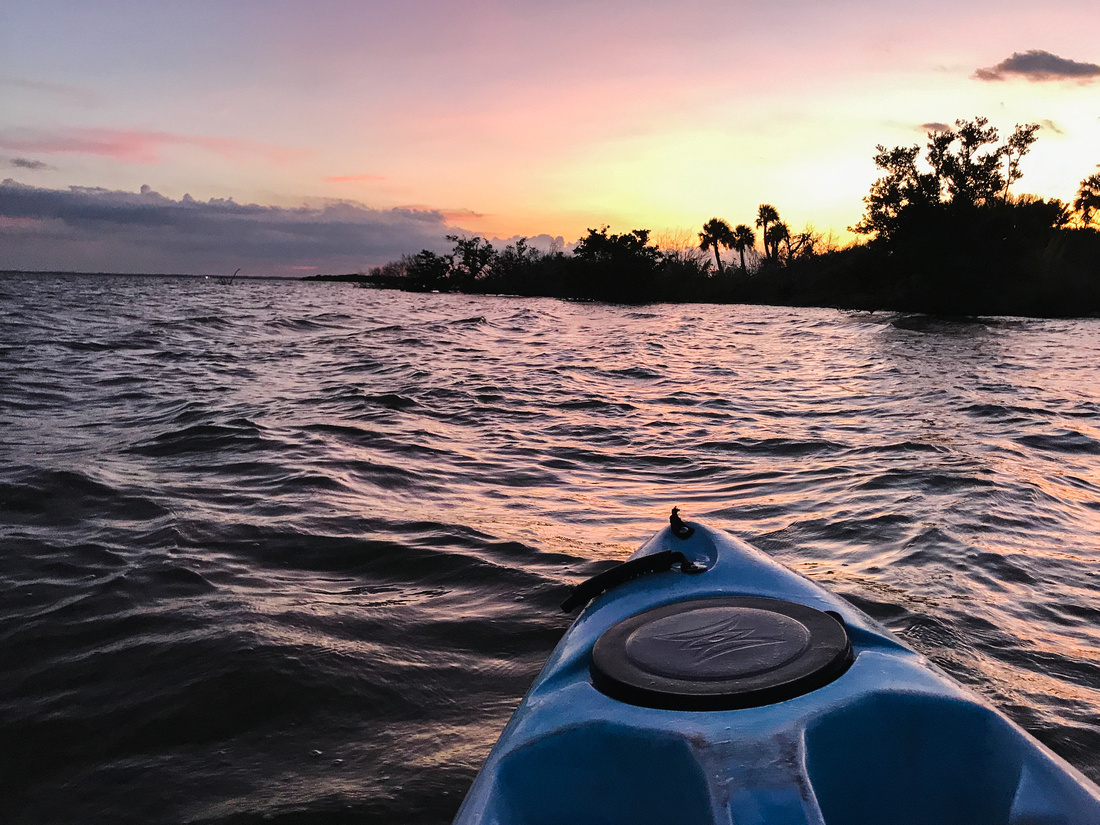 This was the best kayak trip ever!